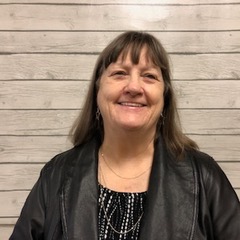 When Connie Truhett was diagnosed with cancer, she had the expected reaction. “It renders you speechless,” Connie said. “A good friend from church and her husband were at the hospital with us for support, and when I came out he said, ‘Connie, what did they tell you? What is it?’ I couldn’t speak. I couldn’t say the word ‘cancer’ to save my life.”

During her 48 years in Pine Bluff, Connie Truhett was active in her church and the community. However, one Friday in 2013 she started having severe pain that she thought might be kidney stones. A trip to the Emergency Department, including blood work and a CT scan, suggested cancer, and Connie was sent to Obstetrician/Gynecologist Amy Cahill. Dr. Cahill did pre-op X-rays, and a second mass was found on Connie’s lung. Connie was hospitalized, and a biopsy of the lung was scheduled. But before the biopsy could even be performed, Connie was visited in her hospital room by Jefferson Regional Hematologist/Oncologist Asif Masood.

“He said that being a major organ, the mass in my lungs was most important, so we would address that first,” Connie remembers. “He was very open with me about what it could be, but he also wanted to wait until we got the biopsy to have a deeper conversation.” More scans and testing took place over the next few days, and then the biopsy came in. “They determined that it was stage four Non-Hodgkin’s Lymphoma,” Connie said. “Stage four because it wasn’t just in my lower body but in my lungs, as well.” A pet scan and a bone marrow test were scheduled, and Dr. Masood met with Connie at his office.

“Dr. Masood explained everything to me, and said it was one of the most curable types of cancers. He was very positive, but said he wanted to see the results of the PET Scan before deciding exactly what kind of treatment I would have, even though he knew it would be chemo. Then I was introduced to every member of his staff. They did blood work and showed me the facility. They also gave me print outs of everything I would need to know about the chemo and the disease. Then, after I began receiving the chemo, they gave me material about the specific type of chemo I was taking, the do’s and dont’s, and they were very thorough about what to do if this or that might happen.”

Connie took chemo on and off for three years, and it was a significant challenge. She had other issues along the way which complicated the process, such as a pre-existing heart problem that caused her blood pressure to drop. She needed platelets several times, as well as developing a blood infection that landed her in the ICU for a while, along with other health problems. “Thankfully, Dr. Masood worked really well with my heart doctor to see what was best for me.” Connie was diagnosed on February 1, 2013 and exactly three years later, February 1 of 2016, Dr. Masood declared her cancer free. “I do have some enlarged nodes,” she said, “but this is my fifth year in remission.” 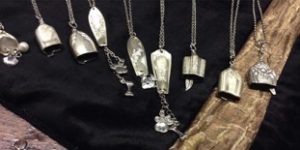 ter her treatment, Connie received several different gifts that were designed for cancer survivors. Her cousin, who makes jewelry out of silverware, crafted a bell for Connie to ring when she went into remission. “I thought, ‘I need to make some of these’, so I had her show me how – they’re really easy to make out of kitchen knives – and I started making them, and giving them to friends who were going through treatment.” Soon people were giving Connie knives to make into bells and her friend, Linda Hayes, who at that time operated Treasures Emporium in White Hall, asked Connie to make some bells she could sell in her shop. “They paid me for my expenses, and sent the rest of the money to the American Cancer Society in my name.” Connie even gave several of the bells to employees at Dr. Masood’s office.

These days, Connie is enjoying retirement in Benton, but still sees Dr. Masood. “The type of cancer I had was very aggressive so I still need annual exams. While the risk of return is significantly lower, there is about a 20% chance of recurrence. When I moved, he asked me if I wanted to find a new doctor,” she said. “I said, ‘I don’t plan on changing you because you’ve gotten me through a whole lot. I trust you, so I would rather you handle it.’ Now I get my blood work done with my family doctor and they send it to Dr. Masood and he decides whether I need a CT or not.”

Looking back, Connie says the trust she has in Dr. Masood played a major role in her recovery. “He got me through some really bad times,” she said. “There were times when I was taking the chemo that I was so weak I couldn’t even get out of bed and make it to the bathroom by myself; I would just pass out. There were times I wanted to quit the treatment because I felt I had no quality of life left. And he just talked to me, and told me there were things I could take to help with my moods, because I was also angry. So I did continue and I thank God that I did.”

“I couldn’t be happier with all of Dr. Masood’s staff,” Connie said. “In fact, I’m still friends with two nurses that aren’t even at his office any more. Everyone I encountered was very empathetic and caring. Not only were they nice, they were positive. I couldn’t have been more comfortable going into something totally blind. You just kind of become family after something like this.“